So I just finished Netflix’s new Bright movie. I’ll give you a non-spoilery rundown and my take on it, and you can decide if you’re interested.

Bright is basically a Shadowrun-style urban fantasy world, where 2000 years ago the orc race joined with a Dark Lord and the rest of the races, ironically led by another orc, defeated them. Fast forward to the modern day. It’s just like the world we’re in, but there are fantasy races (orcs, elves, centaurs, dwarves, pixies) and between those races there’s a lot of bad blood. The orcs are especially oppressed because of the whole Dark Lord Thing(TM).

This is a by the book buddy-cop movie with a human senior cop protag, Scott Ward (Will Smith), and an orc sidekick, Derek Jakoby (Joel Edgerton). They snipe at each other and dislike each other, but we know in the end they’ll be a great team. Because that’s what these movies do.

So Why is the Bright Movie called “Bright”?

Brights are humans and elves that can use magic wands. It seems that magic wands are the only actual magic in the world. They can basically do anything — a genie full of wishes that never runs out  as long as you know the magic spell. The issue is that almost no one is a Bright –“one in a million” for humans, we hear. And if you touch a wand and you aren’t a bright, you go

The Rundown on the Plot (no spoilers)

Our buddy cops run across a wand and they get hunted by corrupt cops, Hispanic gangster, orc gangsters, the FBI, and an evil group of elves called the Inferni who want to bring back the Dark Lord.

Bright has loads of inventive action sequences, pretty good action editing (with a few hiccups like an orc shaman that keeps popping in from nowhere), passable but weak buddy-cop banter. It’s a solid cop movie, with one caveat:

Nothing important happens in the first 8-10 minutes. This opening is slow, sagging,  and useless. If you skip in a little bit, once the real movie gets going it’s very tight.

Also:  Yes, there are a few meaningless Dragons flying around the city skyline. Like a dragon is just normal, even though there’s no where in the city it could possibly land.

This pissed off a few of my respected F&SF author buddies, but, hey, it’s fun. Movies are held to a much lower continuity standard that books. That’s just how things are.

A good movie, burdened with a super slow opening. Creative action scenes. A lot of fun overall, and fun is really what we’re after in a movie like this.

Four kimch bottles out of five! 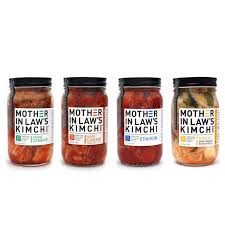